This page Updating periodically with new findings on Wikileaks

The whistleblower website WikiLeaks began publishing 251,287 leaked United States embassy cables on Sunday, the largest set of confidential documents ever to be released into the public domain, according to the website. It has thus far posted 220 documents but none on Ethiopia at this time.

The website said it has 1,395 cables that originated from U.S. Embassy in Ethiopia and a total of 1623 records on Ethiopia. Of the 1,395 cables that originated from the U.S. Embassy in Addis Ababa, 162 are marked “Secret” and 612 are marked “Confidential” and the rest as “Unclassified”. The cables, which date from 1966 up until the end of February this year, contain confidential communications between 274 embassies in countries throughout the world and the State Department in Washington DC. The released documents thus far are sending shockwaves around the globe.
Here is one regarding Yemen and Eritrea.

In a leaked cable from U.S. Embassy in Sanaa, Yemen’s President Ali Abdullah Saleh told General Patraeus that Eritrea was one of those countries “working against” Yemen. Here is what the cable message said,

Ethiopiaforums.com will update this page periodically with new findings.

These are from the leaked document

You want to see the leaked documents check? Scroll down for links

Remarks by Secretary Clinton on the release of confidential documents.

Latest Updates from CNN on the Wikileaks cable documents

US embassy cables: browse the database
Interactive map of the leak from guardian.co.uk

Use the interactive guide to discover what has been revealed in the leak of 250,000 US diplomatic cables.

Forbs Interview With WikiLeaks’ Julian Assange
In a rare interview, Assange tells Forbes that the release of Pentagon and State Department documents are just the beginning. His next target: big business. 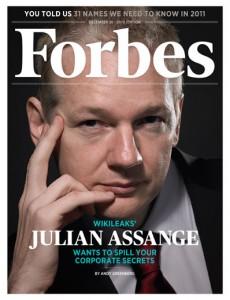 An Wikileak document from NewyorkTimes

Below are a selection of the documents from a cache of a quarter-million confidential American diplomatic cables that WikiLeaks intends to make public starting on Nov. 28. A small number of names and passages in some of the cables have been removed by The New York Times to protect diplomats’ confidential sources, to keep from compromising American intelligence efforts or to protect the privacy of ordinary citizens.

wikileaks document on Profile of the Libyan Leader

I can’t wait to read it all.

I can’t wait to see it

I just can’t wait to see what was and is going on here in Ethiopia.

I must say two thumbs up for Julian Assange, keep it up man and don’t give up, leak everything you’ve got so that we can know about the so called United States and other governments how they manipulate each other. When you really think of it its kind of ሀሜት and its a shame for all of the diplomats and leaders of the world.