SALT LAKE CITY — Holding signs depicting bloodied victims of the violence that has erupted in the Oromia region of Ethiopia over the past several months, Utah’s Oromo community rallied Friday in front of the federal building.

The group is demanding U.S. help in bringing justice to their friends and families living in Ethiopia, where government forces have killed hundreds of peaceful protesters opposing the annexation of the country’s capital Addis Abada into surrounding towns.

“We’re here today to protest the killings taking place in every corner of Oromia and to bring that violation of human rights to the government of the United States so that the United States can make some pressure to stop the killing,” said Geleta Fite, who came to the U.S. in 2013. But his family, he said, remains in Ethiopia.

“We will not sit back until we see some change and we see some justice for the murdered,” he said.

Among its requests, the group urged the U.S. to advise its business community to limit spending in Ethiopia until the violence ends and pressure the Ethiopian government to establish an independent investigation into the killings.

The Human Rights Watch has said that there have been “almost daily accounts of killings and arbitrary arrests” since the beginning of the year as Ethiopian forces have suppressed peaceful protests in a government crackdown.

The Associated Press has reported that the protests were led by students who opposed what they believed to be a government plan to expand the capital, which would ultimately lead to the displacement of thousands of families and farmers. The Ethiopian government has denied the protestors’ claims, saying it only seeks to link Addis Ababa with nearby towns.

In January, after the deadly protests erupted, the AP reported Ethiopian officials canceled plans to integrate the capital with surrounding communities. However, the Human Rights Watch has said the bloody crackdown has continued, after the plan’s cancellation did not halt protests.

“This is genocide,” said Genemo Bedaso, chairman of the Utah Oromo Community. “We appeal for America to stop it. They have the power.”

Bedaso and Fite tried to meet with Sen. Orrin Hatch and Sen. Mike Lee on Friday to deliver their group’s letter. The senators were not available, but staff members accepted the letters. Hatch’s spokeswoman, Heather Barney, said the letter will be relayed to the senator in Washington.

“Sen. Hatch is always responsive to his constituents’ concerns and has directed staff to meet with them,” she said. “He’s very concerned about the problems that they’re sketching out and he’s happy to listen.”

The European Parliament adopted a resolution in January to condemn the peaceful protest killings, call for an investigation of the violence, and demand immediate release of arrested Oromo activists. 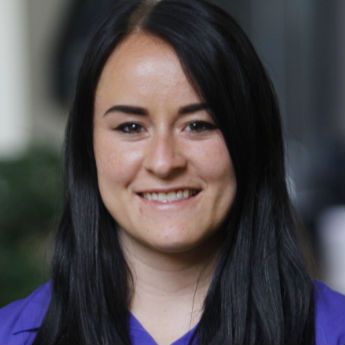