Tributes have been paid to a man who was shot dead in Ethiopia where he was working as a geologist for an oil firm. 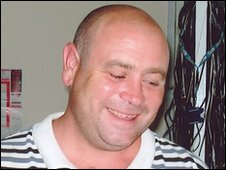 Jason Read, 39, who was originally from Portsmouth, was killed during an ambush on 5 April near Danot in the conflict-stricken Ogaden region.

He worked for Derbyshire-based IMC Geophysics International – which was subcontracted to oil giant Petronas.

Mr Read’s father said his son loved working and knew about the dangers in the places he was employed.

Mr Read was well known as Justin Packham before he changed his name about 15 years ago.

Stan Packham, his father, said: “When Justin was 18 he bought a one-way ticket to Hong Kong and slept rough for about six weeks before he got a job at the airport.

“He ended up driving trucks with massive wheels without even knowing how to drive.”

His father said he was due to return to the UK to watch Portsmouth take on Tottenham Hotspur in last Sunday’s FA Cup semi final at Wembley.

“He was Pompey-mad and would have been so pleased to see them win,” Mr Packham added.

“Everyone who knew him would have a different story to tell about him.

“Justin loved his work because he hated being out of work.

“It takes a certain breed of worker to do the jobs he did. He’s been to Uganda, Ethiopa, Madagascar, Somalia as well as Europe with the same firm.

“He knew what to expect from the job he was doing. The firm, Tesla IMC, has been very good. They’ve been very supportive throughout.”

The company has said it is “shocked and saddened” by the killing.

Mr Read was accompanied by a driver and a military escort when they were ambushed.

The others were believed to be injured after returning fire.

Although Ethiopia does not currently produce oil, Chinese companies and Petronas have signed deals to explore the area.