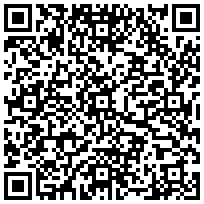 Land-locked in isolation, Ethiopia has a history of famine and food insecurity. A scene that is rapidly transforming. According to the World Bank, Ethiopia’s economy is forecast to grow by more than 10 percent over the next year, making it one of the best performers across the globe. Since 2013, more than one million Ethiopians have essentially pulled themselves out of poverty. With a growing GDP and blossoming middle class, Ethiopia may be poised to conquer poverty.

Ethiopia is fast becoming the economic lion of Africa, and much of its growth can be attributed to agriculture. According to the U.S. Agency for International Development, more than 80 percent of the population lives in rural areas and relies on growing crops. But now, the Ethiopian Government is making a push into textiles and manufacturing, too. CCTV’s Girum Chala has more.
For more on the growth of Ethiopia, The Heat spoke with following guests: