A rare 14th century depiction of the Virgin Mary and the infant Jesus in a remote Ethiopian monastery has been saved by a British charity.

The incredibly colourful work that looks like a Picasso had been deteriorating rapidly and a race was on to save the ancient document that contains the gospels.

Bookbinders from the Ethiopian Heritage Fund were sent to the monastery of Asir Metra in the north of the east African country.

The revered book is kept in a special wooden trunk and is cared for by the monks.

Inside the document are several pictures including the one of the Virgin and the Christ-child.

The style of the artist 700 years ago is similar to Spanish master Pablo Picasso – especially around the eyes. Saved: The rare 14th century depiction of the Virgin Mary and the infant kept in a remote Ethiopian monastry

The ancient manuscript also contains beautiful colour illuminations of the gospel writers themselves.

Picasso had a period in the first decade of the 20th century when he was heavily influenced by African art and this ancient book shows the link.

The Ethiopian Heritage Fund became aware that the Gospel, which is written in Ge’ez – possibly the world’s oldest language – was deteriorating.

Despite being made from vellum, one of the toughest book materials, insects had been nibbling at the pages.

The cover and various pages had been lost, but bookbinders gave their time for free and have begun the process of conservation. 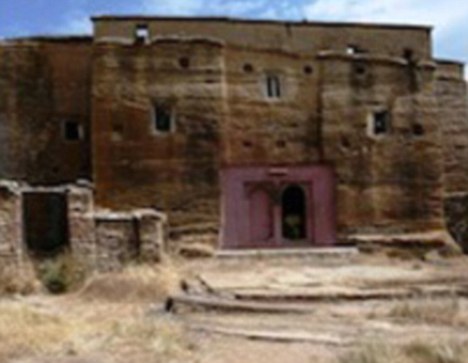 Monastery: Monks look after the 14th book which is kept in a special wooden trunk to stop it rotting any more

Blair Priday, from the charity, said: ‘They [two bookbinders] camped out for several days and managed to take measurements, collate pages, and make a vellum case to protect the gospel until their return.

‘Despite being made from tough vellum and kept in a trunk, the book was deteriorating rapidly.

‘Insects had been eating the pages and it was in urgent need of conservation.’

Matthew Denney from Dukes, the fine art auctioneers in Dorchester, Dorset, said: ‘The lay-out of the eyes and other facial features can clearly be seen to have influenced some of the great 20th century artists such as Picasso.

‘He was for a brief period fascinated by primitive and exotic art of this type.’

Is Indian investment in Ethiopian farms a ‘land grab?’ (VIDEO)