New tech solution for Ethiopia Commodity Exchange; and ECX continues to be a … – Mail & Guardian Africa

THE global commodities market has been on a downward trend this year, with most products – oil, gas, and metals, as
well as agricultural commodities like coffee, wheat and soybeans – registering steady declines in the past 12 months.

But there are ways to beat the downturn.
One of them is focusing on specialty products, for which buyers are willing to
pay a premium for quality, environmentally-friendly and origin-specific commodities.

The much-acclaimed Ethiopia Commodity
Exchange (ECX) last week launched a national traceability system that will make
it possible for international buyers to track the footprint of Ethiopian coffee
in granular detail.

The new electronic
tagging system—running on IBM and Frequenz IRIS technology— links bags of
coffee traded through the ECX to one of over 2,500 geo-referenced washing,
hulling and cleaning stations located in Ethiopia’s southern, central and
western coffee growing regions.

It will enable the electronic tracking
of bags, innovations in washing and processing, and streamlined storage and
transportation processes.

“True traceability goes beyond the
commodity’s type or origin to tracing where the commodity has been. We wish to
track the footprint of our coffee and where and when it was washed, stored, who
sampled and graded it, and when it was shipped,” explained ECX CEO Ermias Eshetu.

“All of these facts will help
improve our ability to move commodities traded within the exchange and create
premium value for all stakeholders in the value chain,” he said.

Discussed and studied
In the past 25 years, according to data from the African Development Bank, there are, or have been, efforts
of some sort to create a commodity exchange in at least 28 African countries.
In a quarter of the cases, the concept was discussed and studied by private
sector groups, but it did not move beyond this, and just two countries –
Ethiopia and South Africa – have active and relatively successful exchanges.

Interestingly, Africa created one of the
world’s first commodity exchanges, in Alexandria, Egypt, in the mid 1800s, a cotton exchange that was disbanded in 1961.

Commodity exchanges have been touted as
a potential market solution for African agriculture, which is plagued by low
productivity – in some countries, it accounts for 70% of employment, but
contributes to less than 25% of GDP.

Most African farmers are smallholder
farmers with rural roads in disrepair, making the farms difficult to reach.
This leads to fragmentation, with each small location in effect isolated from
the other. 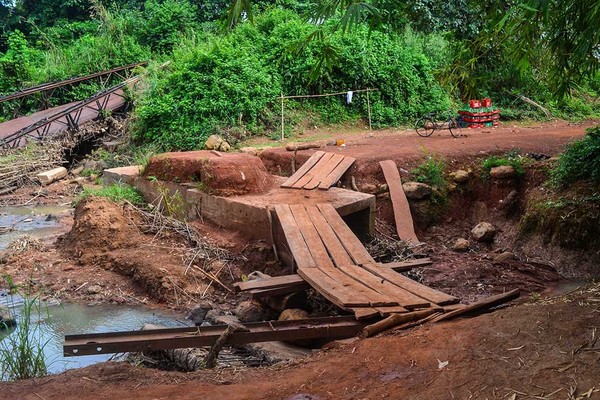 Added to that is the deep information
asymmetry. Most farmers sell their produce to intermediaries, either private traders
to public marketing boards.

Typically, such intermediaries can enjoy being
the only purchaser a farmer has contact with. This lack of competition means
they can ensure that a farmer has no choice but to take whatever price is
offered. This is sometimes as low as 10% of the on-going market price.

It leads to a cycle of poverty – farmers
are forced to sell their produce at harvest time when prices are low, because
they have no other choice, and then end up buying food at much higher prices a
few months later during the lean season.

Information asymmetry
A commodity exchange tries to bridge
this information asymmetry, and allow efficient trade for bulk commodities. The
exchange sets up a warehouse network, and issues a receipt to farmers on
delivery at harvest time –  a maize
farmer can then use the receipt as collateral for a loan that he then uses to
plant the following season, because the bank is sure the grain will be sold at
a high price in a few months time.

The exchange also creates a grading
system, so buyers can be sure of the quality of product. This
makes it possible for buyers to procure commodities from ‘unseen’ sellers, at a
competitive price.

South Africa has the continent’s most successful exchange, with
the country’s main staple, white maize, as its flagship contract. Ethiopia’s Commodity Exchange was
initially set up for grain, but quickly moved into coffee, which is now its
main product.

Part of ECX’s success was in direct
government support – the government essentially moved the business of the
existing coffee auction into ECX, making trade on ECX obligatory for virtually
all coffee exporters.

By the end of February 2013, the
exchange had traded $8 billion worth of commodities. It had indirectly reached
over 2.4 million small farmers. Its SMS service for price information had well
over 150,000 subscribers, according to AfDB data.

Inspired
Its success has inspired a plethora of
initiatives around the continent. In 2013, Rwanda set up the East Africa
Exchange, and last month, Kenya, Uganda
and Rwanda, under the Northern Corridor Integration Projects initiative, inched
closer to forming a joint commodities exchange and warehouse receipting system
to ensure transparency in standards and pricing of farm produce.

The three countries agreed on a group of
18 commonly tradable commodities to be traded on the exchange, of which five—wheat, maize, beans, milled rice and dried soya beans—have been earmarked
for initial trading.

Malawi’s exchange is trying to develop
from a small volume of trade to a more ambitious reach on the back of warehouse
receipts, something that Nigeria’s Abuja Securities and Commodites Exchange,
which is struggling to show any type of volumes, can only aspire for the time
being.

In Ethiopia This is No Ordinary Year, The Drought is a 'Code Red' – Tadias Magazine