The Lebanese government has failed to release the preliminary investigation report into the crash of an Ethiopian airlines plane that plunged into the Mediterranean Sea shortly after takeoff from Beirut on the early morning of January 25. 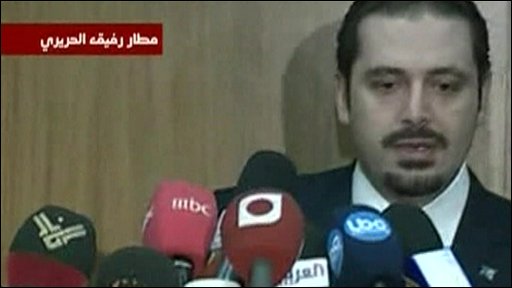 Upon the request of the government of Lebanon, the Bureau of Enquiry and Analysis for Civil Aviation Safety (BEA) is investigating the accident. Headquartered at Le Bourget Airport, near Paris, BEA is an agency of the French government that analyses aviation accidents and functions. The plane’s black box was sent to France on February 7.

The director general of the civil aviation of Lebanon is heading the investigation into the crash assisted by the US NTSB (National Transport Safety Board), the FAA (Federal Aviation Authority) and Boeing. Ethiopian and Lebanese aviation experts are also part of the investigation team.

Reliable sources told The Reporter that the investigation team submitted the preliminary report to the Lebanese Civil Aviation Authority and Ministry of Urban Works and Transport, the Ethiopian Civil Aviation Authority and the Ethiopian Airlines on February 22. They said though the report was submitted to Lebanese authorities before February 24 (the deadline set by ICAO) they had not released it to date. “The Lebanese public has been blaming the Lebanese authorities for failing to provide satisfactory information about the accident. And yet they have not even given a press conference after receiving the preliminary report. The mandate to choose who inspects the black boxes and to release both the preliminary and final reports is the country where the accident occurred. It is not the operator’s discretion to release the report,” sources said.

Sources said that aside to withholding the preliminary report, the Lebanese authorities have continued to deliberately leak speculative and erroneous information on the cause of the accident. “The Lebanese authorities are using different media outlets to divert the attention of the Lebanese public. Though they have the preliminary report on their hands, they have preferred to disseminate erroneous information,” they added.

This week AFP and four Lebanese newspapers printed similar news items on the cause of the plane crash. The news reports run on the same date, quoting unanimous source who claimed that pilot error was behind the plane crash. The reports assert that the captain of ET 409 was inexperienced and was burdened with workload. The reports said the captain had only one month experience with the B737-800 aircraft. However, sources utterly refuted the allegation saying that Capt. Habtamu Benti, who had served Ethiopian for more than 20 years, had accumulated more than 11,000 flight hours adding that the late captain flew the B737-800 jetliner for more than a year.

The news reports claim that the captain flew for 200 hours in one month before the accident and fatigue may have contributed to the errors. The international civil aviation law states that a pilot should not fly for more than 110 hours in one month time. Reliable sources say that Ethiopian has submitted the medical history, professional qualifications, flight hours of the pilots as well as the maintenance record of the aircraft and all other relevant data to the investigation team. “All these data are stipulated in the preliminary report. The Captain flew less than 100 hours in one month time right before the accident, way below the maximum flight hours set by the civil aviation law. This has been submitted to the investigation team and the actual flight hours the pilots flew has been stated in the preliminary report. We do not know why the Lebanese authorities give a data completely different from the figure stated in the preliminary report. Why are they afraid of releasing the report? Why are they disseminating erroneous information while holding back the report?” sources wonder.

The news reports claim that the final investigation report would be released after three months. However, sources said this was very unlikely citing the fact that the final investigation report on the Kenyan Airways B737-800 aircraft that crashed in Cameroon on May 6, 2007 was released just last month and that the report on the Turkish Airlines B737-800 plane crash the happened in February 2009 in Amsterdam is yet to be released.

After an hour-and-ten-minutes stopover at the Rafik Hariri airport, Flight 409 cleared off for return flight to Addis Ababa. It was heading to the Ethiopian capital, Addis Ababa, some 1,720 miles (2,768 kms) to the south. Everything went smooth until then except the heavy rain and stormy weather.

The plane took off from the Rafik Hariri International Airport at 8:35 local time. The aircraft, registered ET-ANB, was destroyed when it crashed into the Mediterranean sea, about 6 km past the end of runway 21, some 3.5 km offshore from the coastal village of Naameh, south of Beirut. Beirut authorities told the international media that after flying for two minutes under a heavy rain and thunderstorm being guided by the flight control, the plane lost contact with the control tower.

Based on information obtained from eyewitnesses, who told authorities that they had seen a ball of fire plunging into the sea, the debris of the aircraft was found two kms from the Mediterranean shore. Ninety people on board the plane – 82 passengers and eight Ethiopian crew – members perished in the accident.

Aviation experts The Reporter talked to said that a pilot error does not simply turn a plane into a ball of fire. Immediately after the accident the Lebanese authorities ruled out sabotage. However, Ethiopian officials have said they do not rule out any probable cause, including sabotage.