Finally responding to a strong public demand, the National Bank of Ethiopia (NBE) is about to approve a directive that paves the way for the establishment of Islamic banks.
The directive also opens doors for currently operational commercial banks to create an interest-free banking wing. “Existing banks may create interest-free banking windows and Ethiopian nationals may establish a bank exclusively engaged in interest-free banking,” the NBE draft directive reads.
To accommodate muslims, who are by Sharia’h – Islamic law – prohibited from taking or giving interest (riba), commercial banks are currently offering zero interest. However, fully-fledged establishments of Islamic banks, which offers the owners of capital to share the profits made by the entrepreneur who comes up with investment projects, is an untapped concept for the local financial sector. The sector will, according to Prime Minister Meles Zenawi, remain closed from foreign banks involvement. 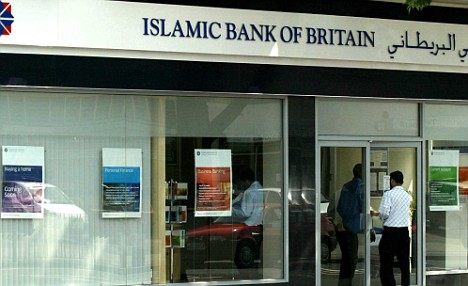 The 2008 Banking Business Proclamation has already crafted a room for non interest banking. However, particulars on the regulations of such services were left to be covered by National Bank directive which, two years late, has come now.
According to sources, NBE’s two page draft directive entitled Directives for Conducting Interest-Free Banking, has already received feedback from stakeholders and should be approved in a few weeks time.
The impending approval is expected to enable some already under progress initiatives that envisages establishing Islamic banks.
As per the NBE draft directive interest-free banking operations may include modes of advancing funds on a profit-and-loss sharing basis consistent with the Sharia’h law.
Ibrahim Miftah, an economist, explains that what makes profit- sharing permissible in Islam, while interest is not, is that in the case of the former only the profit-sharing ratio and not the rate of return itself is predetermined.
“It has been argued that profit-sharing can help allocate resources efficiently, as the profit-sharing ratio can be influenced by market forces so that capital will flow into those sectors which offer the highest profit sharing ratio to the investor, other things being equal,” Ibrahim in his article, pending printing, explained.
The NBE directive also stipulates that interest-free banking may include the modes of finance which are used for purchase or hire of goods, including assets, and services on a fixed return bases. Among such recognized operations one is Murabahah which means a contract for the purchase and resale of goods with the resale price being determined on a cost plus basis.
IN such arrangements intisar (or Istisna) and salam are also included. The latter is defined to equate a contract featuring advanced payment against delivery of goods: the financing is usually used for commodities. The former – intisar –is a contract under which a buyer place an order for goods to be manufactured for delivery at a future date.
The upcoming directive is expected to boost national savings because first time depositors are expected to be encouraged by the new Islamic bank offering.  PM Meles recently said the next five year economic plans to boost the current 9.4 per cent of national saving shares in the economy to at least 17.4 per cent and to 21.3 per cent shares if possible.
Though new for Ethiopia, interest-free banking has long global history. The first private interest-free bank, the Dubai Islamic Bank, was set up back in 1975 by a group of Muslim businessmen from several countries.
After the establishment of the first private commercial bank in Dubai, more than fifty interest-free banks were established in Muslim countries and as well as in European countries such as Denmark, Luxembourg, Switzerland and the UK.