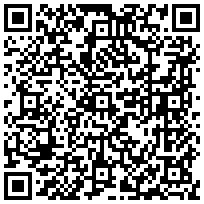 Each day, workers in Ethiopia have proven they can produce around 7,500 pairs of shoes at the Huajian International Shoe City in Ethiopia. All these women’s shoes are exported to the U.S. and European markets under brand names including Guess, Marc Fisher and Nine West.

Ethiopia is now focusing on industrialization by boosting manufacturing. The Ethiopian government has expressed a desire to make Ethiopia a middle-income country by 2025.Huajian International Shoe City is one the world’s biggest manufacturers of women’s shoes. It employs 4,000 workers in Ethiopia. From ordinary staff to higher management, Huajian International Shoe City says they offer each person a chance to be trained and promoted.

As China’s first shoe maker investing in Africa, the Huajian Group plans to make Ethiopia a global hub for the shoe industry within the next decade. The Ethiopian government hopes to enlarge its production capacity cooperation with China, by attracting more Chinese manufacturers, whose technical and financial support as well as experience will enhance their manufacturing sector, and help the country take off economically. In 2014 the company exported goods worth 18 million USD. The president of Huajian Group, Zhang Huarong says his company isn’t in Ethiopia just to reduce the labor costs. He says the company hopes to build a whole supply chain in Ethiopia and be a key contributor to the country’s economy.Huajian was one of the first investors in the eastern industry zone. Its performance has helped attract a growing number of other investors to the zone, which was built in 2009 and is now home to about 36 manufacturing enterprises, including most Chinese manufacturers and some other foreign investors.All the companies in the Eastern Industry Zone enjoy preferential policies including two years of free tax and a stable power supply.

A mobile app could make childbirth safer in Ethiopia, one of the deadliest … – Quartz