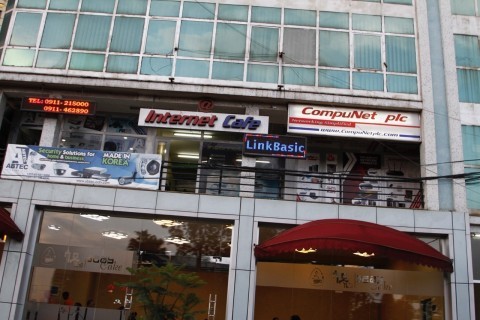 ADDIS ABABA, Ethiopia — It started over the weekend, when social media applications on Ethiopian phones and computers stopped working. Then, on Monday afternoon, the entire Internet shut down for nearly 24 hours. The next day it was running again, but Facebook, Twitter, Instagram, Viber and other social media apps were still blocked, along with WhatsApp and downloading sites such as Apple’s iTunes and Google Play.

The Ethiopian government said the move was to help students concentrate on key university entrance exams being taken through Wednesday, although it did not aim for a complete Internet shutdown.

“They had some technical issues, but it was turned back on. It must have been a mistake — the focus was on the social media,” said government spokesman Getachew Reda. The shutdown was in response to public calls to close social media, Reda said.

Like many countries, Ethiopia has grappled with cheating scandals for these all-important exams, and in May, copies of the answers were leaked on social media, causing the exams to be postponed. Reda, while denying that the exams were leaked, said the social media shutdown was to help the students focus.

“Mostly students were distracted by rumors of the leaks — although it was absolutely not true — students who should have been in the business of studying were wasting too much time,” he told The Post.

Ethiopia isn’t the only country to take extreme measures to stop cheating. Iraq in May shut the Internet down during exams, but only for three intervals that lasted just three hours. Uganda disabled social media during the February elections, and in China there is an escalating electronic arms race between students and authorities over sophisticated cheating techniques including button-hole cameras to take pictures of exams for accomplices outside the classroom.

None, however, have gone so far as to engage in a long-term blanket shutdown of social media and the Internet — the closest being the Egyptian regime during the Arab Spring protests as it tried to keep from being overthrown.

Daniel Berhane, editor of Horn Affairs magazine, said the shutdown was likely the result of the government experimenting with its new software to control the Internet and then accidentally overloading the system. “They gave too many commands to the firewall and at the end, it crashed,” he said. Berhane has tweeted that he wants to file suit against the government over the shutdown: https://twitter.com/daniel_berhane/status/752524799411388417.

“It amounts to whether it is considered the constitutional right of freedom of expression or not,” he said. “I want to get a judgment on that.” He said that while the shutdown did anger many of his colleagues, he knew many others who backed it as a case of the government knowing what was best for the people.

But for Kinfe Michael Yilma, a lecturer at Addis Ababa University who writes on the socio-legal aspects of the Internet in Ethiopia, the move damages both the economy and the country’s aspirations for a leadership role on the continent. Ethiopia hosts a hefty United Nations presence and is home to the African Union headquarters.

“I think it is a huge embarrassment, and even gives additional ammunition to some states that are unhappy about Addis Ababa being Africa’s diplomatic capital,” he said.

While Ethiopia likes to present itself as an up-and-coming economic powerhouse, it has to grapple with a low Internet penetration rate of just 3.7 percent, according to a 2015 World Bank estimate (though the government places the number closer to 12 percent). Neighboring Kenya is believed to have a penetration of around two-thirds.

The Internet is entirely in the hands of Ethio Telecom, the monopoly telecom provider, and it has remained expensive and hard to get for most people. While the mobile 3G network is now widely available in the countryside, few can afford the service.

But observers say this allows the government to keep tight control on the Internet. Social media in the vast Oromo province has been periodically shut down during the unrest there of the past few months, likely over fears that it was being used to coordinate protests.

According to a 2014 report by Human Rights Watch, the government has armed itself with sophisticated software from Chinese and European countries to spy on the computers of not just those in the country, but an increasingly vocal opposition living abroad.

In May, Yonatan Tesfaye, spokesman for the opposition Blue Party, was charged with inciting violence for statements he made on his Facebook page, criticizing the government response to the Oromo protests.

It has also been noted that the total Internet shutdown coincided with unrest in the northern Gondar region, where activists say police clashed with protesters on Tuesday resulting in several deaths: https://twitter.com/befeqadu/status/752867340748926977.

A statement from security forces, however, said the clash was between a foreign-funded criminal group and police, resulting in the deaths of three officers, a suspect and a bystander. Ethiopia’s shutdown, which spokesman Reda has not ruled out could be implemented again next year at exam time, comes just a few weeks after the United Nations Human Rights Council condemned “unequivocally” countries disrupting access to the Internet as a “violation of international human rights law.”

Ethiopia is a member of that council.