ADDIS ABABA (Reuters) – Ethiopia’s year-on-year inflation fell for the forth consecutive month to 20.9 percent in June from 25.5 percent a month before due to slowing food prices, the statistics office said on Monday.

Month-on-month, prices did not change, compared with a rise of 0.9 percent in the previous month, the agency said. 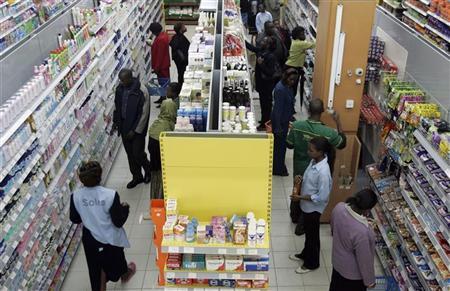 Although the Horn of African country has registered one of the highest economic growth rates in the world for the last few years, the International Monetary Fund says the biggest challenge facing its policymakers is the high rate of inflation.

Surges in global oil prices and poor harvests drove inflation into double digits in several African countries in the past year, including some of the poorest in the Horn.

Ethiopia’s economy has been boosted in the past few years by rising coffee earnings as the country is Africa’s biggest coffee producer, as well as surging gold, oil seed and livestock exports.

Officials expect a gross domestic product growth of 11 percent for 2011/2012 which ended in March, thanks to rising agricultural output, the seventh consecutive fiscal year of growth.