ADDIS ABABA, (Reuters) – Ethiopia earned a record $841.6 million from the export of nearly 200,000 tonnes of coffee in 2010/2011, trade data showed on Wednesday, thanks to lower output from traditional giants Colombia and Brazil and higher demand from India and China. 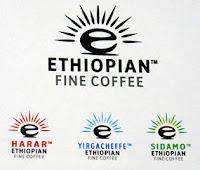 High global commodity prices and the introduction in 2008 of a commodity exchange market, which promoted transparent trading instead of a murky auction system, helped lift coffee production to 196,118 tonnes in the 2010/2011 fiscal year, exporters said.

Trade data from the Ethiopian Coffee Exporters Association said the revenue figure represented a 59 percent rise compared to revenue earned in 2009/2010 and 124 percent from 2008/2009.

“The price has doubled over the year and farmers have reaped their fruit. Everone was encouraged to bring coffee to the local market,” said Hailu Gebrehiwot, an exporter and former head of the Ethiopian Coffee Exporters Association.