2014 World cup: South Africa coach expect Ethiopians will be though in the Group

The draw was conducted in Brazil on Saturday night where South Africa were pitted against Botswana, Central African Republic (CAR) and Ethiopia or Somalia.

Somalia and Ethiopia will meet in a preliminary match in November to determine the team joining Bafana Bafana, the Zebras and CAR in Group A.

The Fikru Tefera-led Ethiopia are tipped to hammer Somalia. The World Cup qualifiers first round proper will start on June 1 next year.

Mosimane, who was in Brazil for the draw, said: “I think it’s a fair draw, you can’t complain. We are happy and looking forward to doing well.

“If we are serious about playing in the 2014 World Cup, we have to do well,” said Mosimane, who expects the biggest threat to come from neighbours Botswana. 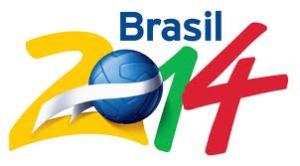 “Botswana will definitely be a problem for us, the Zebras are playing very well at the moment and are on top of their group for the 2012 Africa Cup of Nations.

“They crowned their success in the qualifiers by reaching their first ever Africa Cup of Nations finals scheduled for Equatorial Guinea and Gabon next year.

“It will be a derby when we play Botswana. As for CAR, they are a closed book but we cannot afford to underestimate them.

“I expect Ethiopia to beat Somalia. Ethiopia are doing well in the Afcon qualifiers, including securing a 2-2 draw with Nigeria. We expect a tough one from them too.

“The most important thing at this stage is to prioritise,” said Mosimane, who was accompanied by acting team manager Barney Kujane.

Mosimane said for now his focus was to successfully guide Steven Pienaar and company to qualify for the 2012 Afcon finals.

“We have the Afcon finals draw on October 29, by then we would have qualified after beating Niger. In June we are starting with the 2014 World Cup.

“At the same time we will be busy with the 2014 World Cup, so it is important to plan properly.

We are going to crush those camel herders zomalian bantus. Ethiopia is always better than zomalia