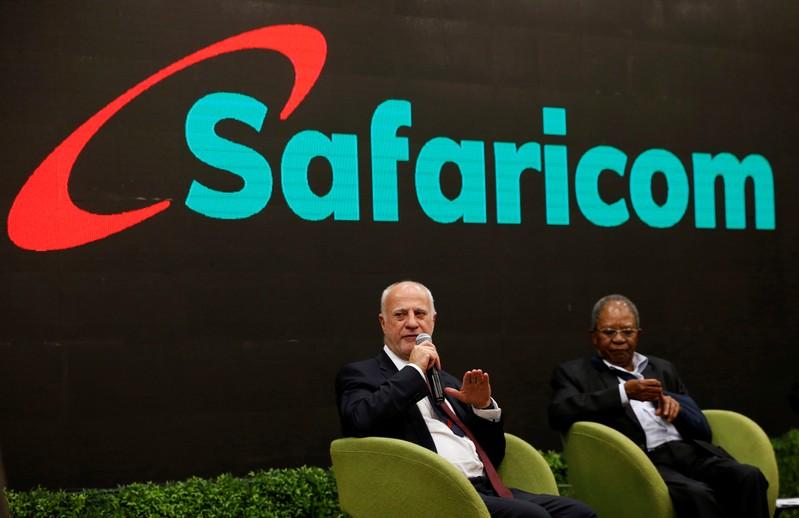 NAIROBI (Reuters) - Kenya’s Safaricom (SCOM.NR) plans to bid for one of two Ethiopian telecoms licenses next year in partnership with South Africa’s Vodacom (VODJ.J), it said after posting a jump in first-half profit on Friday.

“It is the biggest prize left in Africa from a telecommunications point of view,” he told an investor briefing, referring to Ethiopia’s huge protected market and population of more than 100 million.

Officials plan to award two telecoms licenses to multinational mobile companies by April 2020, the Ethiopian communications regulator said last month, as it opens up its market to foreign investors. [nL5N2774Z7]

Ethio Telecom, the state monopoly, has also taken steps toward offering a minority stake to a strategic investor. [nL3N26N2JO]

Safaricom is considering all the options, Joseph said. Companies that want to secure the licenses have to come with deep pockets, he added.

“You have to bid for the spectrum. There is talk about it and it is in the billion-dollar range, just for the license,” he told Reuters.

Other challenges include a nascent democracy initiated by Prime Minister Abiy Ahmed, foreign exchange shortages and delayed new regulations for the telecoms sector, he added.

Safaricom has signed an agreement with an unidentified Ethiopian firm to introduce its M-Pesa mobile financial service in the country, said the interim CEO.
PROFIT JUMP

Safaricom, partly owned by Vodacom and Britain’s Vodafone (VOD.L), stuck to its full-year guidance after reporting a 12.7% jump in first-half core earnings, helped by M-Pesa.

Revenue from M-Pesa, which allows users to send cash, save, borrow and pay for goods and services, soared 18.2% in the six months to Sept. 30.

Safaricom’s Service revenue grew at 5.3%, down from 7.7% a year earlier, as the company cut tariffs in response to increased competition and pressure on consumer incomes.

“For a period in which they have cut rates, the revenue growth is acceptable,” said Standard Investment Bank analyst Lisa Kimathi.

Joseph will be replaced in April by Peter Ndegwa, a Kenyan executive at Diageo Europe. Joseph took over as acting CEO when long-serving CEO Bob Collymore died in July and a replacement was delayed after the government, which holds a 35% stake in Safaricom, insisted that a Kenyan be chosen to head the company.

Chairman Nicholas Ng’ang’a said the board is confident the CEO designate will help the company to grow.

“We are looking at the possibilities of expansion and growth both in and out of the country and we expect that this change is going to firm up that strategy,” he said.