ADDIS ABABA (Reuters) - At least 78 people were killed in protests in Ethiopia last week against the treatment of a prominent activist, the prime minister’s spokeswoman said on Thursday. 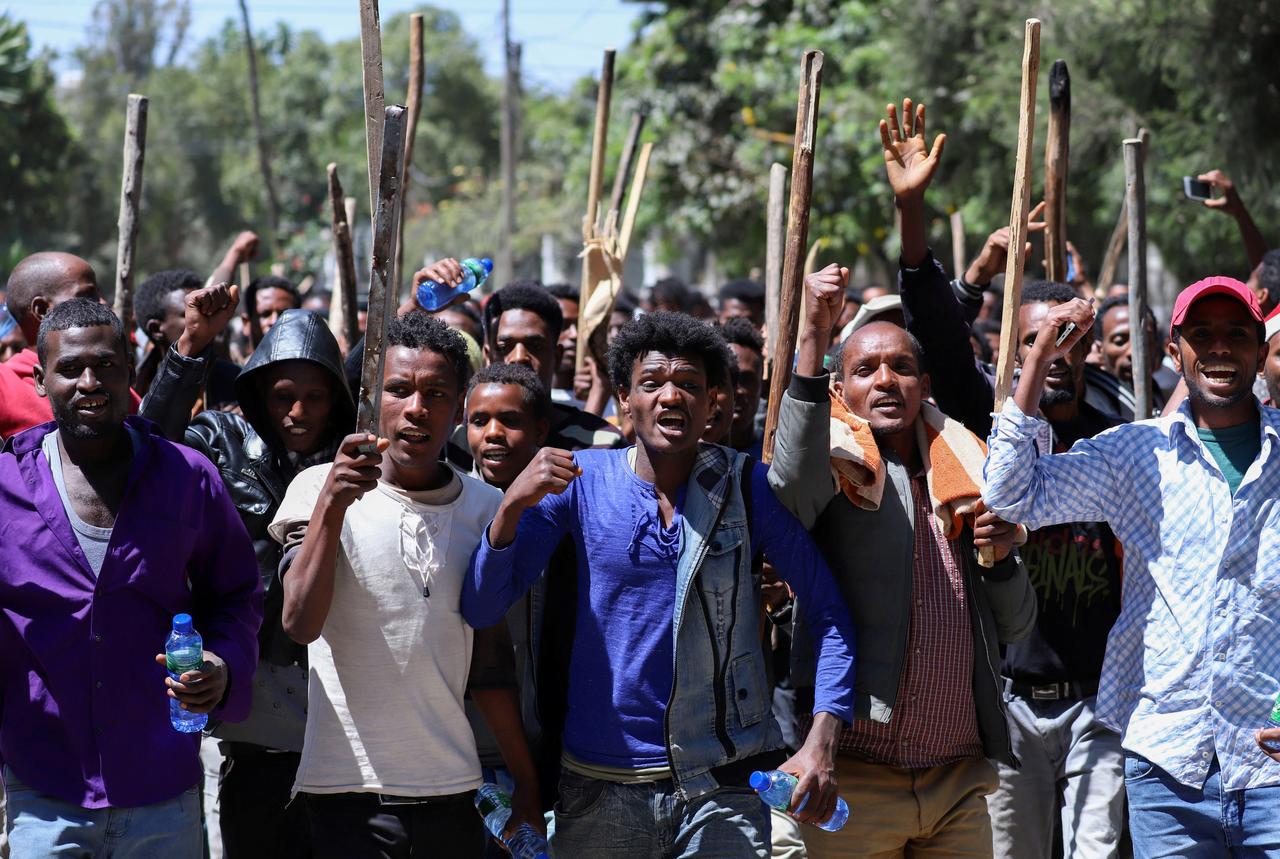 Billene Seyoum told a news conference that 409 people had been detained over the unrest and that investigations were ongoing and the death toll and number detained could rise.

Prime Minister Abiy Ahmed was greeted on Thursday with boos by at least 700 protesters during a visit to Ambo, a site of earlier violence located 100 km west of the capital Addis Ababa, three people who were present told Reuters by phone.

As the prime minister entered a meeting with local politicians, supporters of activist Jawar Mohammed gathered outside the town hall chanting “Down Abiy” and “We stand with Jawar, Jawar is our hero,” the people present said.

One said the chants were so strong that the prime minister left the meeting ahead of time and was airlifted out of Ambo in a helicopter amidst tight security.

Once Abiy left calm returned to the town, the witnesses said adding that no one was injured during the protests.

Supporters of Jawar took to the streets last week to protest against his treatment after he said police had surrounded his home in Addis Ababa and tried to withdraw his government security detail.

Crowds of young men from his Oromo ethnic group quickly turned their anger against, Abiy, also an Oromo, saying that he had betrayed them by mistreating Jawar.

Billene said that at least 78 civilians had died in “a very senseless act of violence” in the Oromiya and Harari regions and the eastern city of Dire Dawa last week.

Since his appointment in 2018 Abiy has implemented sweeping political reforms which have won him international praise but also lifted the lid on long-repressed tensions between the country’s many ethnic groups. He won the Nobel peace prize this month for making peace with Ethiopia’s longtime foe Eritrea.

Ahead of elections next year Abiy must navigate a delicate line between increasing political freedoms and reigning in strongmen building ethnic powerbases by demanding more access to land, power and resources for their groups.