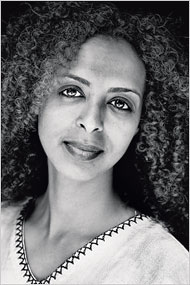 Alone among African nations, the ancient kingdom of Ethiopia never submitted to colonialism. (It chased the Italians out in 1941 after a five-year occupation.) Haile Selassie, Ethiopia’s emperor, was welcomed in European capitals as an equal and, thanks to Marcus Garvey (who later angrily broke with him), became the black Messiah of the Rastafarian movement. Reggae brought him permanently into American pop culture.

Yet the King of Kings, as Selassie liked to be called, was something less than the Conquering Lion of Judah that was the symbol of the Ethiopian monarchy. When the Italians invaded, this supposedly ferocious ruler went “by boat to England and spent the war in the quiet little town of Bath,” the Polish journalist Ryszard Kapuscinski reported in “The Emperor,” his brilliant book about Selassie. The leader’s complex feelings of gratitude, guilt and resentment led him, after his restoration, to have the partisans who saved Ethiopia from Italian subjugation quietly killed.

Maaza Mengiste’s first novel, “Beneath the Lion’s Gaze,” opens in 1974 during the last days of Selassie’s six-decade rule. A young man lies on an operating table with a bullet in his back. A student protester, he is part of a popular tide that, along with a military uprising, will soon sweep Selassie from power. The attending physician wears a watch the emperor gave him upon his graduation from an English medical school. The doctor sees his patient — and his own younger son, who is also a revolutionary college student — as rash and foolish. His older son, a 32-year-old history professor with a small daughter and a wife, shares his father’s contempt for the burning and looting, the increasingly violent rallies.

An account of Selassie’s downward spiral dominates the book’s opening chapters, but Mengiste also weaves in descriptions of the lengthy hospitalization of the physician’s wife, who is suffering from congestive heart failure, as well as the serious injury of the history professor’s 4-year-old daughter and the friendship between the doctor’s younger son and an impoverished neighbor.

Alternating with these sections are powerful passages seen from the point of view of the 82-year-old Selassie, increasingly isolated, with only his pet lions for company: “Soldiers were posted outside his door, which was locked in triplicate and then chained. Their fear of him was heartbreaking, compounding his loneliness and the largeness of this empty space he was trapped inside. . . . The mournful whimpers of his old lion, Tojo, lulled him to sleep, and he tried to make himself forget about the garden just outside his window which he was no longer allowed to walk in. Under the weight of this solitude, all of the emperor’s hours, minutes and seconds blurred and ran together like a slow, dying river.”

Once Selassie is shot — Mengiste imagines the doctor’s impoverished neighbor as the triggerman — the novelist turns her attention to life under the Derg, the Marxist military confederation that terrorized Ethiopia through 1991. As with the Chinese, Russian and French revolutions, the aftermath of Ethiopia’s was marked by purges and dictatorship. (In 2006, an Ethiopian tribunal convicted the autocrat Mengistu Haile Mariam, in absentia, of genocide.)

The turbulence and atrocities of this period, glimpsed through the prism of the doctor’s family, make for harrowing but remarkably fast-paced reading. In Mengiste’s hands what was a confusing time — “When the Italians were here, at least you could tell who the enemy was,” one character says of the chaos — becomes accessible and clear. But this lucidity, bordering on the schematic, comes at a cost — the absence of what Milan Kundera has called “fearsome ambiguity.” Mengiste has inadvertently created a work that looks into the horror and sees a rationally ordered sequence of events. Isn’t this, however, a story about man’s darkest, most intricate brutality, not something as static as the jungle predator’s fixed look, symbolized by both the novel’s title and its recurrent imagery of lions?

Laboring within this simplified construct, Mengiste’s characters are in danger of becoming the two-dimensional insults they hurl at one another in their plentiful arguments. “Selfish and irresponsible,” the older brother brands his sibling. “Obedient as a trained dog,” the young idealist shouts back. The novel’s conclusion shows, a little too tidily, how wrong the two brothers are about each other, but for most of its pages, they are mainly agents of plot. At times, Mengiste drops her guard with reveries, but too often they strain for lyricism. (“There is this to know of dying: it comes in moonlight thick as cotton and carves silence into all thoughts.”)

Mengiste joins a group of other young Africans writing in English — including the Nigerians Chris Abani, Chimamanda Ngozi Adichie, Helon Habila, Uwem Akpan and Uzodinma Iweala, as well as Aminatta Forna from Sierra Leone — whose subject is the continent’s postcolonial civil wars. They are unafraid of depicting the vicious violence Frantz Fanon’s “wretched of the earth” are capable of and showing how Fanon’s colonially oppressed grew into master oppressors themselves. These writers have yet to achieve the magisterial command of this dark terrain that Nuruddin Farah, who is from an older generation, has superbly accomplished in his two trilogies about Somalia. But Mengiste understands well the unique position her country occupies in Africa’s postcolonial landscape. And her uncanny rendition of Selassie’s last moments reveals her sensitivity to the twisted singularity of his magnetism.

It is brave of so young a novelist to attempt to tell not only Selassie’s story but also that of the Derg. Dinaw Mengestu, who left during his country’s “red terror” at the age of 2, glancingly addresses it from the perspective of an Ethiopian immigrant in his accomplished first novel, “The Beautiful Things That Heaven Bears.” And Nega Mezlekia’s memoir, “Notes From the Hyena’s Belly,” vividly describes his days as a guerrilla soldier in the Derg era. But neither has Mengiste’s tenacity. For all its beginner’s flaws, “Under the Lion’s Gaze” is an important novel, rich in compassion for its anguished characters.

Lorraine Adams’s first novel was ­“Harbor.” Her second, “The Room and the Chair,” will be published next month.

Re: New York Times Book Review: “Beneath the Lion’s Gaze,”

Maaza Mengiste was born in Addis Ababa, Ethiopia, and graduated with an MFA in Creative Writing from New York University.
A recent Pushcart Prize nominee, she was named “New Literary Idol” by New York Magazine.
Her work has appeared in The Baltimore Review, Ninth Letter, and 42opus, has been translated and published into
German and Romanian for Lettre International, and can be found in the Seal Press anthology Homelands: Women’s Journeys Across Race, Place and Time.
A recipient of fellowships from the Prague Summer Program, the Virginia Center for the Creative Arts and Yaddo,
she currently lives in New York.